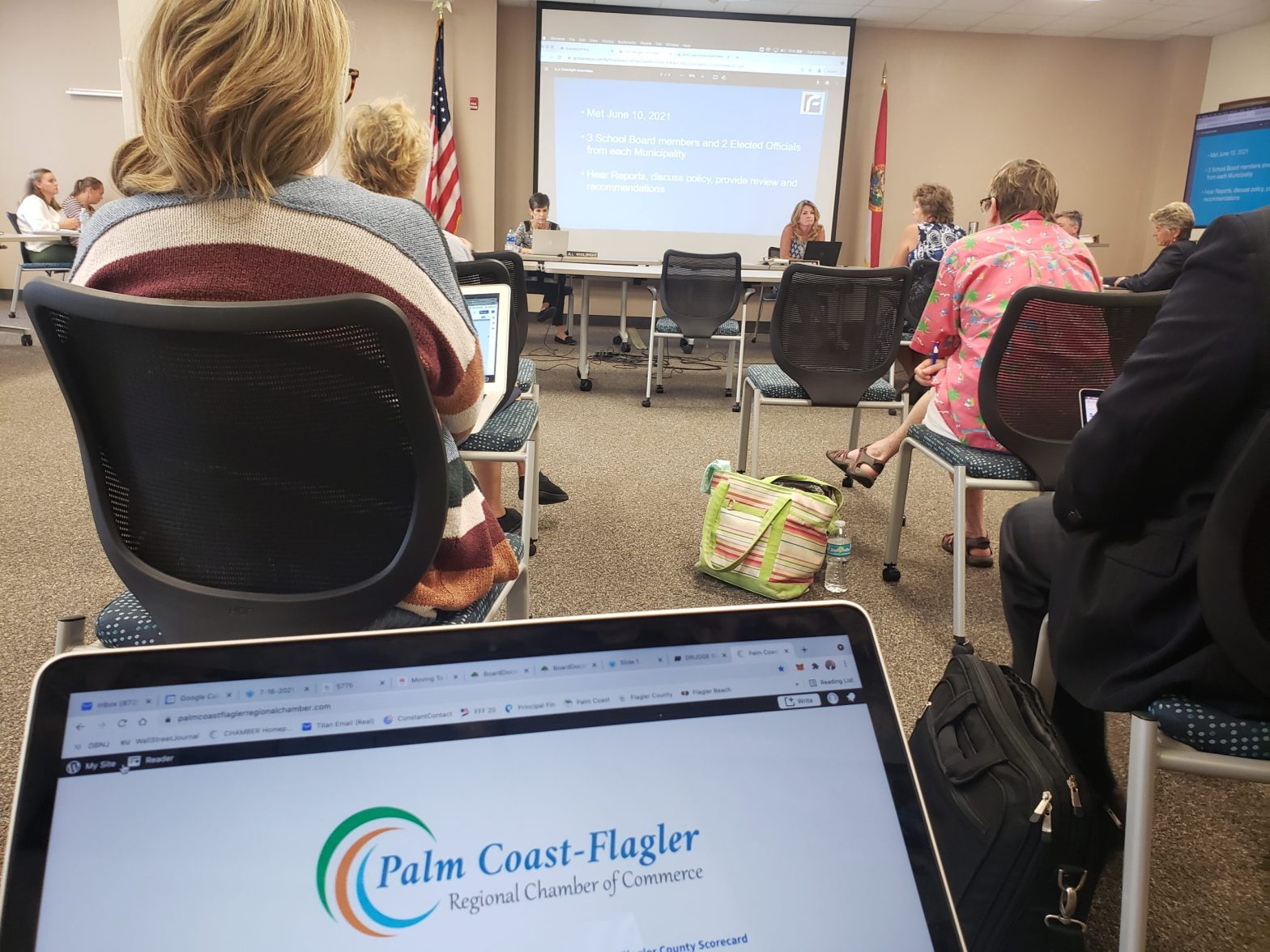 The Flagler County School Board met at a workshop on Tuesday, July 20th, in part to hear a presentation from Tischler-Bise, the consultant used to study the Flagler School Impact Fee. The impact fee has not been updated since 2004, and the consultant has recommended a $7,175 school impact fee for single-family homes, nearly double that of the old 2004 study, which implemented a $3,600 fee. The Chamber was in attendance and spoke about the proposed increase.

The consultant report also proposed mobile home school impact fees of $5,279 per unit and a $1,774 impact fee per unit for multifamily units.

The Chamber has been involved in a series of meetings with Flagler Schools staff and other stakeholders over the course of the past several months. The fee and some of the assumptions in the study have been revised by the consultant based on the Chamber’s concerns and feedback. Today, the Chamber urged the School Board to make clear to the business community if the proposed impact fee increases would stop the current practice of Flagler Schools regarding “concurrency mitigation.”

The answer was no (for now).

Because Flagler County Schools believes there is a massive influx of students coming with population growth, and because there are no Capital Projects on the horizon in the next year or two, the School System will continue to exact “concurrency mitigation” from builders and developers in Flagler County. The concurrency mitigation process is where the School System Staff meets with builders and developers to negotiate how much money will be paid in advance by the builder to cover capacity shortages at local schools. The amount negotiated as an upfront payment by the builder to the school system will be credited against future impact fee collections within the project. The development cannot be built if the school system and the developer do not come to terms. Based on today’s commentary by school district staff, it appears that this process will continue for at least two years, which adds uncertainty and additional costs to the homebuilding process.

Homebuilding accounts for approximately 15% of all jobs in Flagler County.

Additional updates are coming soon. In the meantime, view the presentation from the impact fee consultant below: