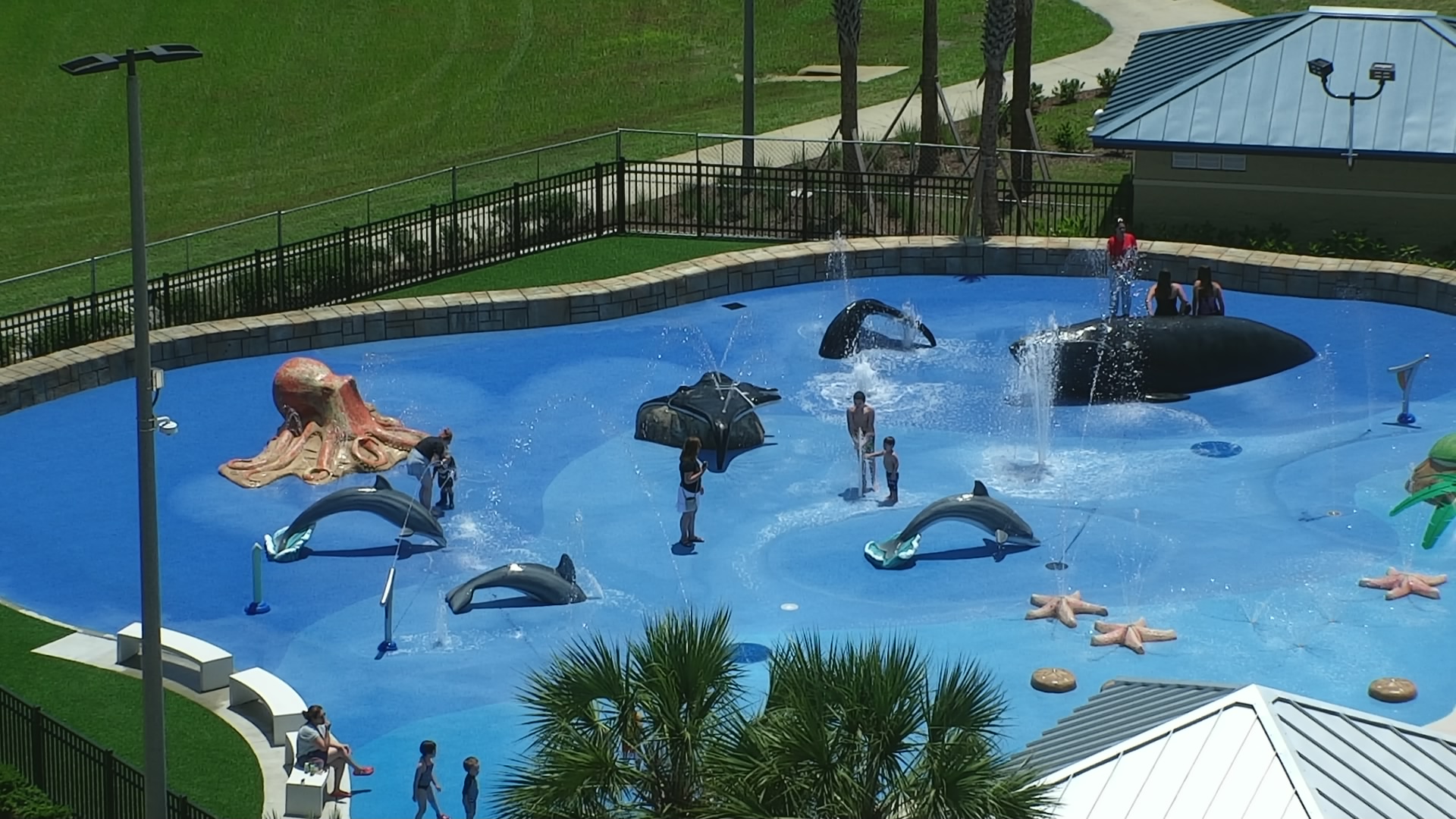 At the Tuesday, September 6, 2022, Palm Coast City Council Meeting, Carl Cote, Palm Coast’s Director of Engineering and Stormwater, shared the latest update on the Palm Coast Splash Pad. As the city prepares to enter legal proceedings against the contractors responsible for designing/constructing/installing the splash pad, the city has investigated what caused the system to fail.

The initial report suggests the “Poured in Place” material was the root cause of the splash pad’s failure. If you visited the splash pad, this is the non-slip, cushion like material in all wet areas, typical of water parks anywhere in Florida. Keep in mind, Mr. Cote stated this was an initial report, and more assessment is needed before a final conclusion is developed.

The Chamber strongly recommends those interested in the Palm Coast Splash Pad watch the video of the presentation at the Palm Coast City Council, and subsequent conversation, for themselves. More of our analysis, below:

As the Palm Coast City Government continues to address the legal aspect of replacement and/or payment for an allegedly failed system, the discussion of what should be done with the splash pad had not been discussed in depth. Should the City Council repair and reopen the facility (when safe) or should the city completely demolish the splash pad and move on?

At Tuesday’s meeting, Mayor Alfin lead a conversation that ultimately resulted in consensus being reached regarding repairing and reopening the existing facility. Good news for any residents with children. The Chamber will continue to provide updates as the story develops.