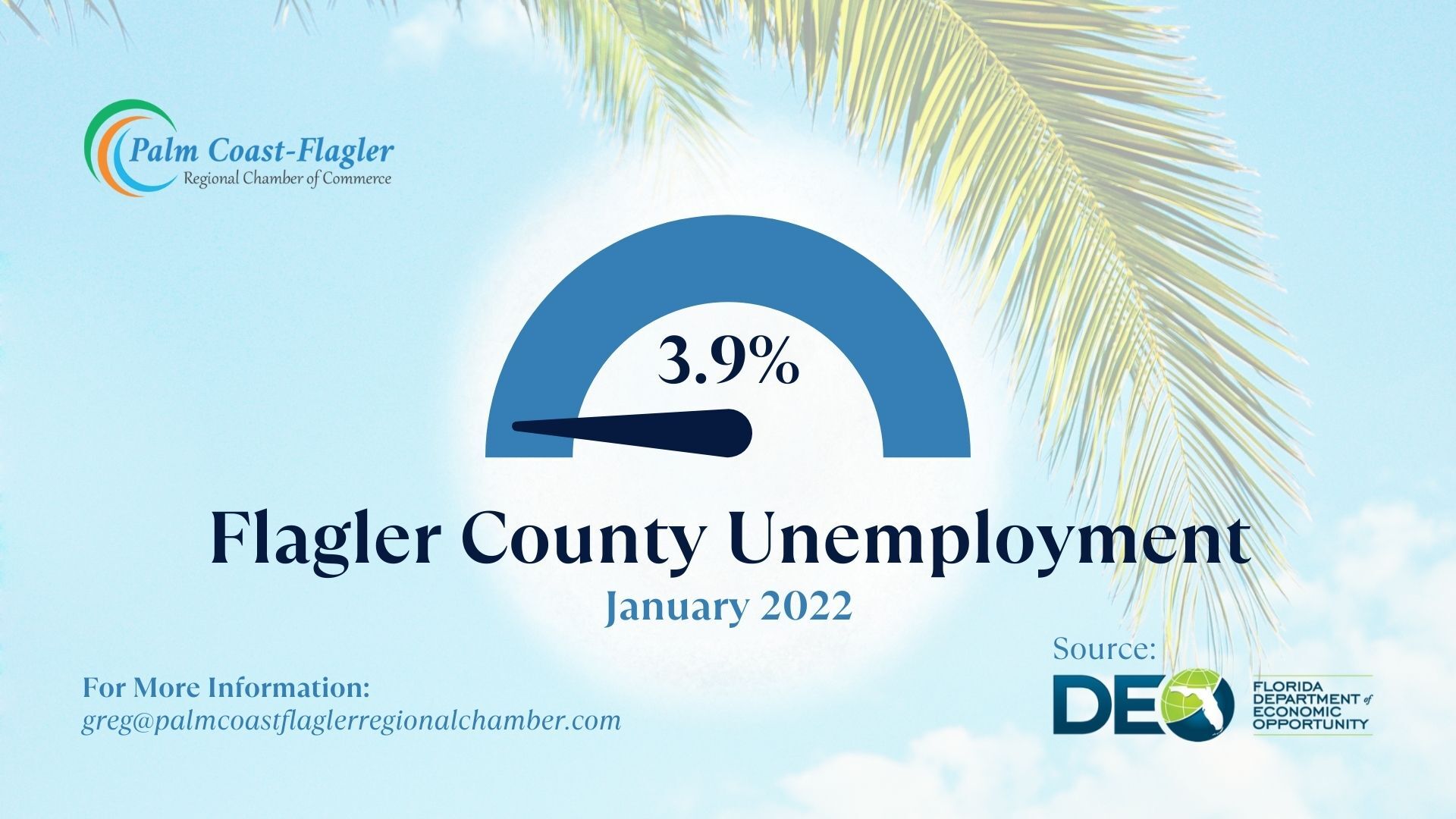 Flagler County’s unemployment rate in January 2022 was 3.9%, an 0.8% increase from the revised 3.1% December 2021 report, based on the latest data release from the Florida Department of Economic Opportunity (DEO).

Greg Blosé, President & CEO of the Palm Coast-Flagler Regional Chamber of Commerce, says this is typical of the annual January jobs report: “The end of the holiday shopping season brings to a close hundreds of seasonal jobs for local retailers. It’s also worth noting at this time last year, Flagler County had an unemployment rate that was higher than 5%. In the grand scheme of things, we are still heading in the right direction.”

Next week the February 2022 employment data will be released and will shed more light on our local job market.

For more information, contact Greg Blosé, President and CEO of the Palm Coast-Flagler Regional Chamber, at 386-846-1864 or via email at Greg@PalmCoastFlaglerRegionalChamber.com.

NOTE TO THE PUBLIC: Every March, the U.S. Department of Labor’s Bureau of Labor Statistics and the Florida Department of Economic Opportunity release January employment and unemployment estimates as well as revised historical data. Today’s report is the result of that annual process, which is known as “benchmarking.” Benchmark revisions are a standard part of the estimation process and take place at this time every year in each state nationwide. As a result of this annual benchmarking process, the release of January and February 2022 employment data is scheduled for March 14 and March 25, respectively.