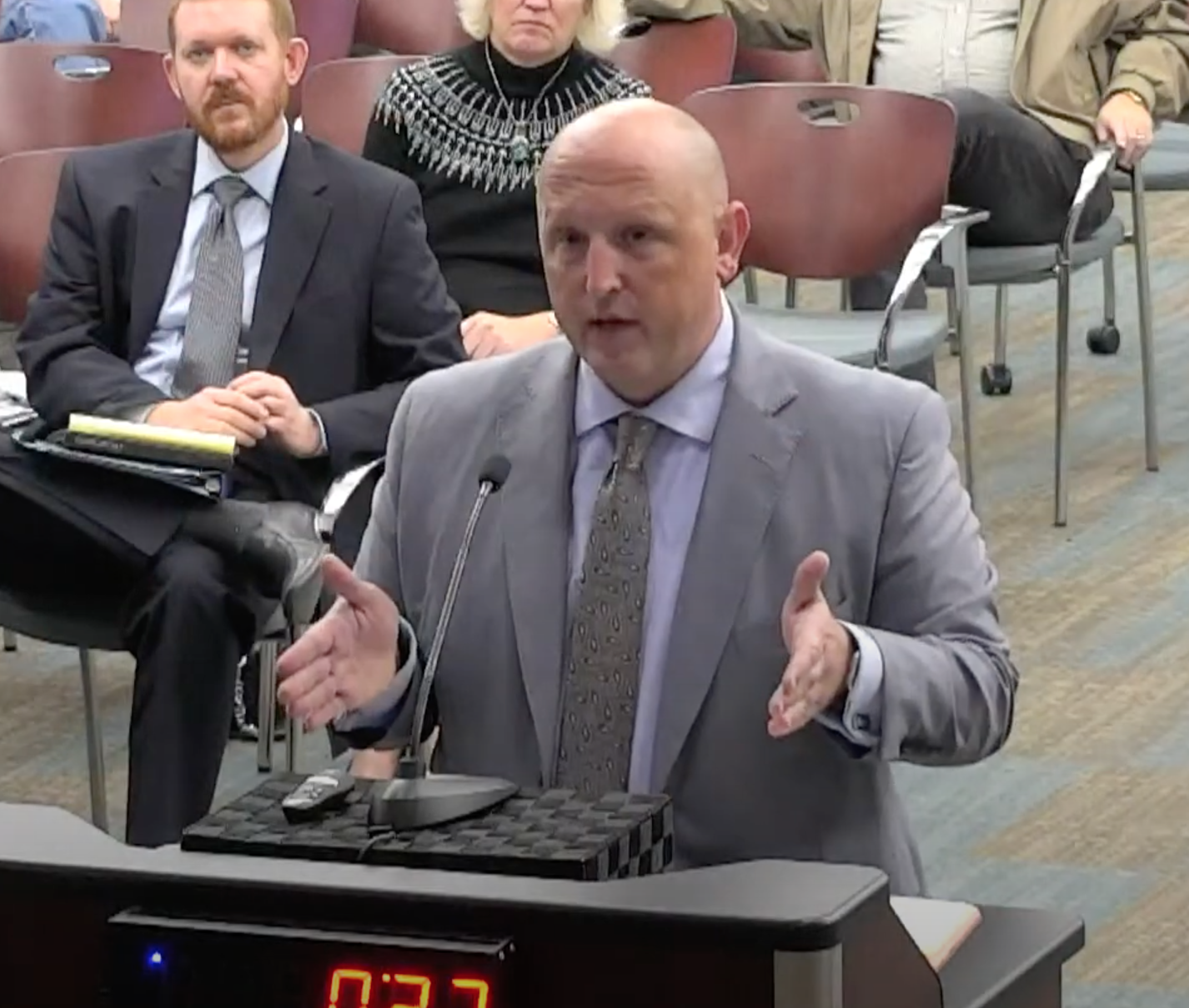 Palm Coast-Flagler Regional Chamber of Commerce President & CEO Greg Blose provided an economic analysis of a possible development at Harborside in Palm Coast, close to European Village at the Palm Coast City Council meeting. Watch the video of the Chamber’s testimony in support of JDI, Inc’s intracoastal waterway project below, which gained a tentative unanimous approval.

In a remarkable turn of events, the new Palm Coast City Council kept its cool by calmly discussing the project, but residents took another tact. Testimony by the public was fairly standard, until a break was called by the City Council for 20 minutes after three hours of discussion. During this break Realtor Amy Listowski, who opposed the project, angrily confronted City Council Member Nick Klufas in the hallway outside of the Council Chambers. Chamber President Greg Blose witnessed Realtor Amy Listowski shouting at Councilman Klufas demanding he vote against the project.

“Although these meetings and votes are very important and sometimes emotional, there is no reason to shout at elected officials. It’s inappropriate and unprofessional for this Realtor, in particular. The Chamber and community at-large has asked our elected officials to calmly and rationally present their perspectives on the dias. The new Palm Coast City Council appears to be heading in that direction. Residents, including Ms. Listowski, should follow suit.”

View the Chamber’s economic analysis below the video: