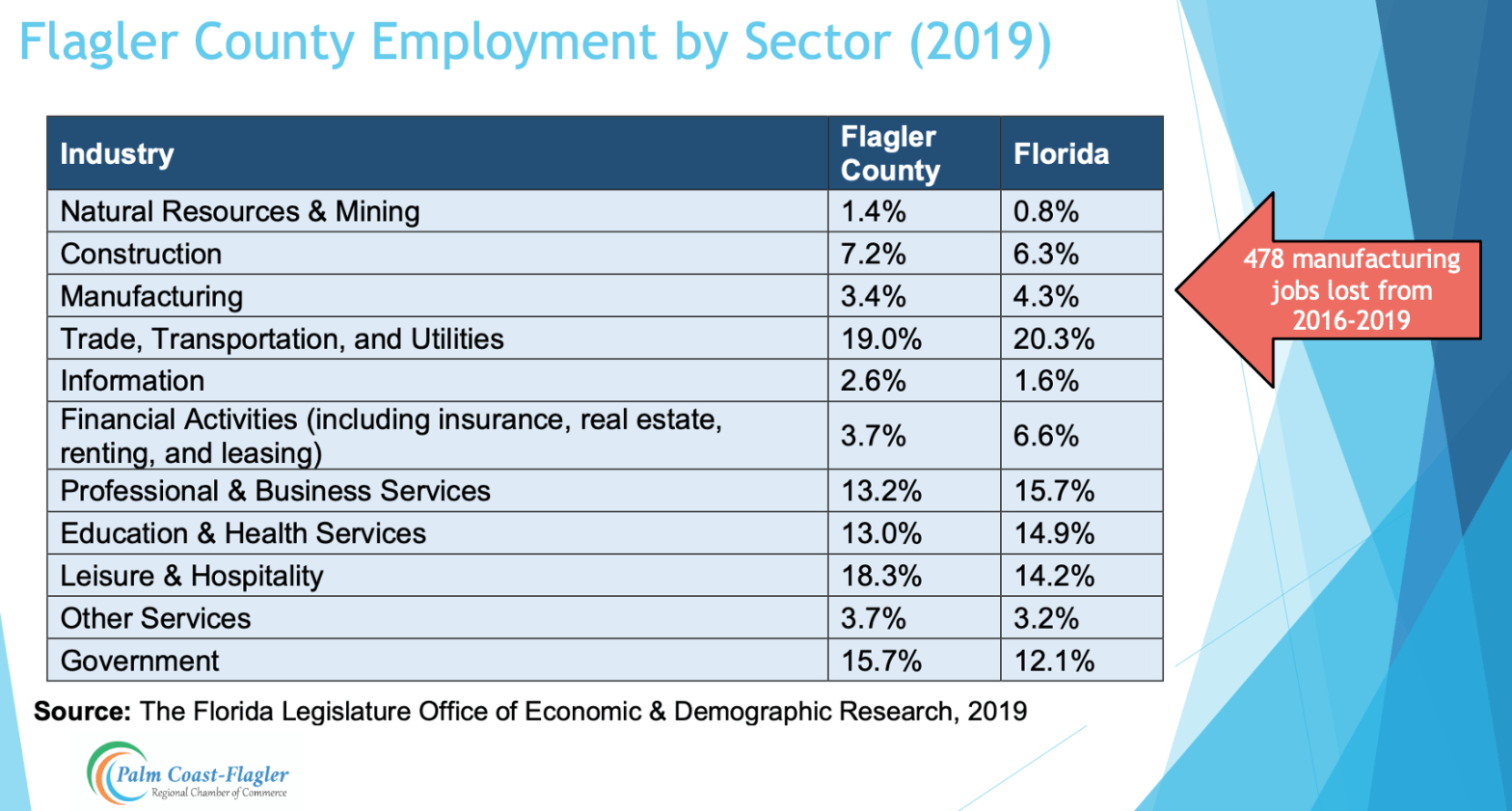 More good news for Palm Coast today as Boston Whaler announces it is moving it’s manufacturing operations to the old Sea Ray facility, which has been dormant since 2018.

The news is even more exciting, considering that since Sea Ray closed its doors in Palm Coast, the region was never able to recuperate the lost jobs that followed Sea Ray’s departure from our community. Between the years of 2016-2019, Flagler County lost 478 manufacturing jobs, which resulted in the total percentage of manufacturing jobs in Flagler County to drop to 3.4% in 2019 (much lower than the state’s average of 4.3%).

With today’s announcement (press release posted below), Boston Whaler will bring back approximately 300-400 of those lost marine manufacturing jobs.

Brunswick will reopen its 225,000 square-foot Palm Coast, Florida boat manufacturing facility to expand dedicated manufacturing capability for Boston Whaler products by an additional 40 percent. The Palm Coast facility, which has been inactive since 2018, was designed for the manufacture of large boats.

In addition, Brunswick is expanding boat manufacturing capacity at both its Reynosa, Mexico and Vila Nova Cerveira, Portugal facilities.  The Reynosa facility, which manufactures Bayliner, Heyday, Sea Ray and Lund fiberglass boats, will increase capacity by 58 percent over the next 18 months, running seven days a week and adding an additional 260 employees.  The Vila Nova expansion plan is well underway and, over the next three years, will more than double production capacity at the facility, which manufactures Bayliner, Uttern and Quicksilver products for the European market.

“We are committed to meeting the growing demand of our global customers and have an immediate need to expand capacity in the face of unprecedented retail demand and very low pipelines across all product lines, especially for our fiberglass products,” said Dave Foulkes, Brunswick Corporation CEO. “Investing additional capacity in Florida, Mexico and Portugal allows us to quickly increase production and undertake further vertical integration as we continue to grow market share and engage with new boaters.”

Boston Whaler currently employs more than 1,200 employees in Edgewater and will add an additional 300-400 jobs over the next 18-24 months at Palm Coast; a short distance from the Edgewater site. The first boats will come off the production line at the Palm Coast facility in the second half of 2021.