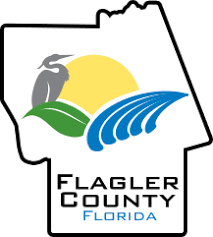 The Palm Coast-Flagler Regional Chamber has been heavily involved in the Flagler County interlocal agreement with Flagler Schools over the past 18 months. If you’re just getting up to speed, Flagler Schools has indicated future population projections for Flagler County require an advanced school building effort, which totals $165 million in facilities to begin construction within the next five (5) years.

To pay for this aggressive building effort, Flagler Schools has engaged in concurrency, a voluntary legal process which requires builders/developers to pay hefty sums, years earlier than normal, to help fund the bonds that pay for new school construction. Unfortunately, concurrency will increase the cost of both single-family and multi-family housing in Flagler County, because construction companies will have to pay the hundreds of thousands of dollars (if not millions) of the new concurrency fees years earlier, incurring additional interest and other costs. Consumers will ultimately pay these fees, years after they are charged, in the form of higher housing and land prices.

Back to the August 15, 2022, BOCC meeting, the Flagler County Board of County Commissioners (BOCC) indicated a consensus existed to move forward with the “30-30-30 plan.” This plan, if approved, would require construction companies to pay 30% of school impact fees for the entire development at Final Plat Approval, another 30% will be charged 21 months after Final Plat, and the final 30% 21 months after the second payment.

As an example, a new 100-lot subdivision would generate a total of $545,000 in School Impact Fees. Normally, these fees would be paid when the permit is pulled for each unit. If approved in the coming weeks, this change would require the construction company to:

The BOCC approved the extension of the timeline to draft the legal language for the above and more action is set to occur in the next three weeks.

Contact Greg@PalmCoastFlaglerRegionalChamber.com for more information on this important, community-wide issue.