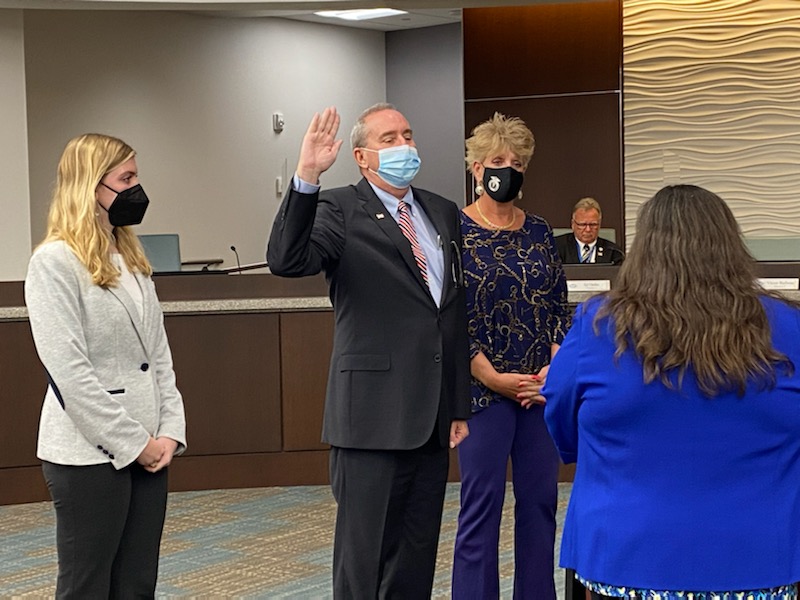 David Alfin was sworn-in as Mayor of Palm Coast at last night’s city council meeting, signaling an official “changing of the guard” in the city. That wasn’t the only change…

After being sworn in, Mayor Alfin spoke from the podium, not the dias, to residents gathered in the Council Chambers. See the full speech below.

The Chamber also commends Cornelia Downing Manfre, the 3rd place finisher in the Mayoral Special Election, who attended last night’s meeting to both congratulate Mayor Alfin and urge unity as the city moves forward. Cornelia’s attitude and actions are appreciated and needed as the city tries to move forward after two bruising elections for Mayor over the past 10 months.

Congratulating the winner and urging unity used to be a focal point of elections after the voters make their choice known at the ballot box. Over the past few years, civility has deteriorated in politics, which made Cornelia’s actions stand out even more.